"A Minneapolis gay magazine story allegedly 'outing' a minister based on comments he made during a therapy session is generating a flood of controversy, both about the minister and the magazine's reporting techniques. . ."

Description:Article reporting the outcry against Lavendar magazine for outing the minister of a north Minneapolis Lutheran church. 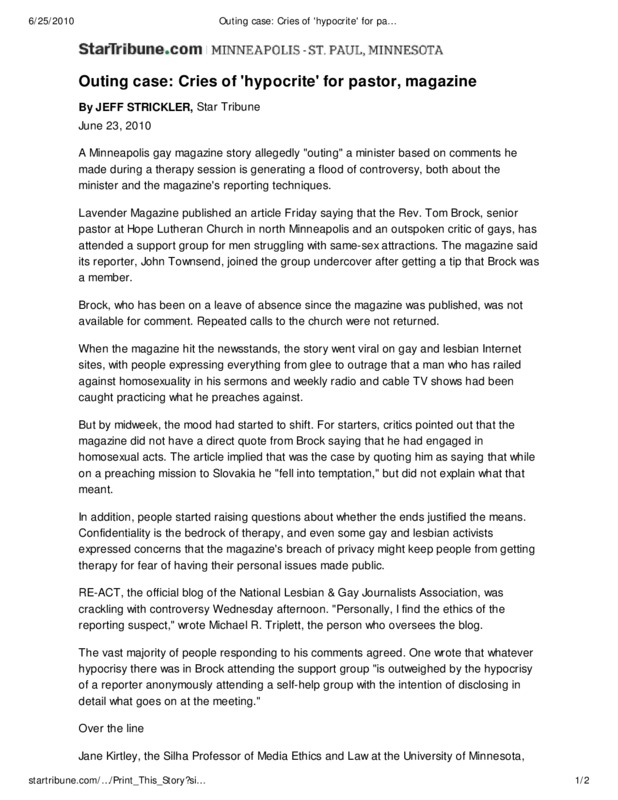