Description:Save the Children responds to The Chicago Tribune's allegations about their organization. 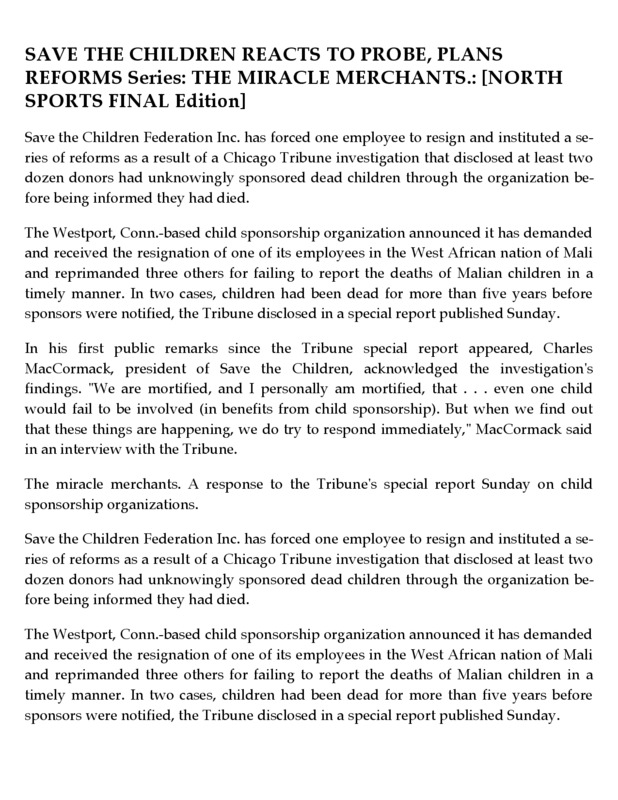