". . .I knew doing surveillance on Russian mobsters wasn't the safest idea in the world, but I couldn't bring myself to tell Karin Sumeri's parents. Karin was a young college graduate killed while riding in a used Volvo. The car uncharacteristically sheared apart during a routine accident. The vehicle was rebuilt - totaled by an insurance company several years earlier. Somebody had literally glued the roof back together. Accident investigators say Karin would have lived if the Volvo hadn't been shoddily repaired. . ."

Description:Chris Halsne went undercover with a hidden camera to expose how business is done with the Russian mob. 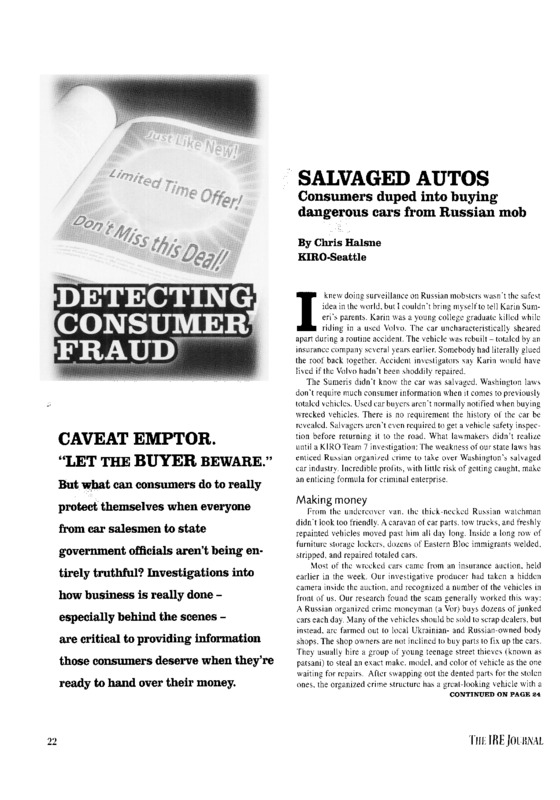