Description:Sheriff John M. Short's indictment caused an uproar amongst his friends and backers. 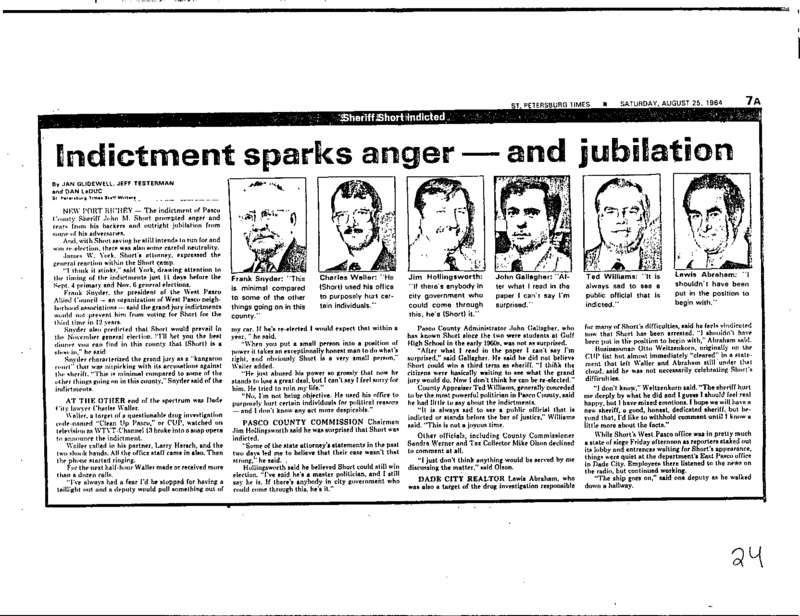