". . .He was out to collect $56 on an unpaid Mobil Oil Corp. credit card account. Mrs. Scott was going to pay, he had decided. Had he asked, — and he didn't — he would have learned that the Mrs. Scott on the other end of the telephone line had never had a Mobil credit card, or a car, or a driver's license. In fact, she had never learned to drive. . ."

Description:An undercover Tribune reporter training to be an employee at a bill collection company sees the horrible way they treat people who owe money. 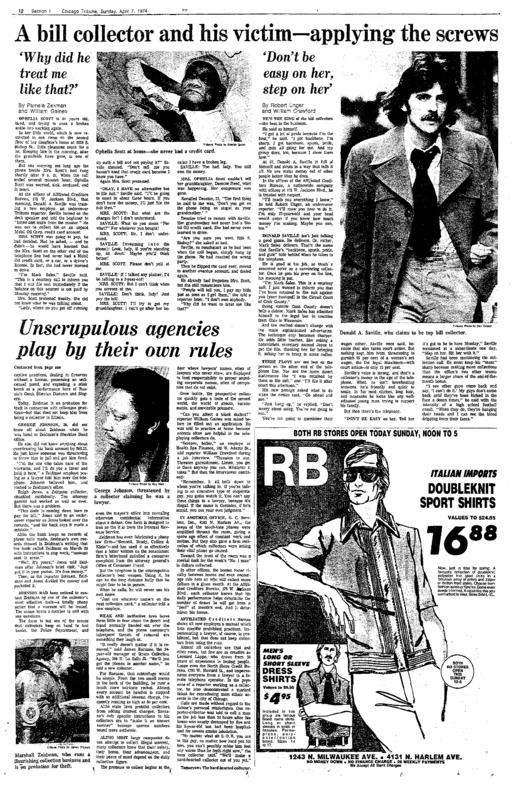