"Gary Hart, the Democratic presidential candidate who has dismissed allegations of womanizing, spent Friday night and most of Saturday in his Capitol Hill townhouse with a young woman who flew from Miami and met him, Hart denied any impropreity. Hart, 50, was confronted late Saturday evening by Miami Herald reporters who had documented the movements of the former Colorado senator and the unidentified woman from the time she left Miami on Friday afternoon aboard Eastern Airlines Flight 996. . ." 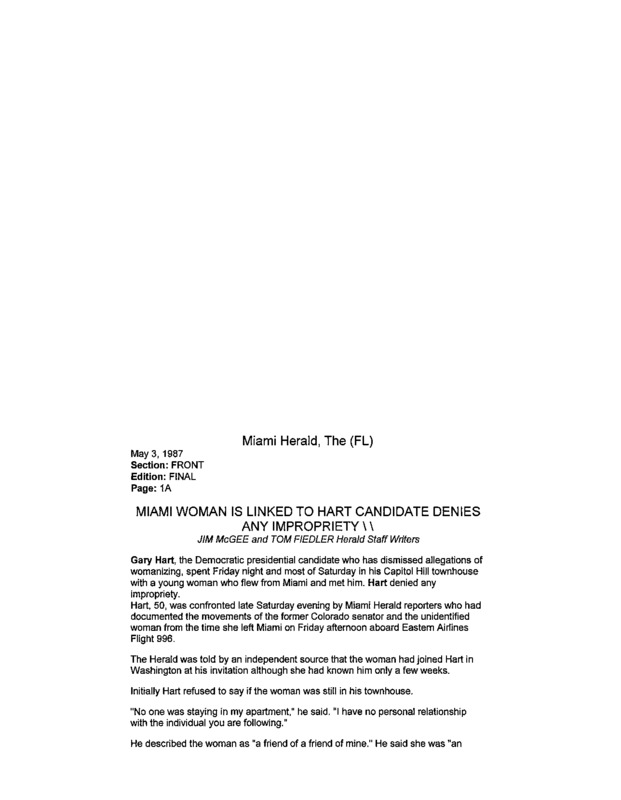