". . .Their concern is the story behind the Hart story, which led Monday evening's network newscasts on ABC, NBC and CBS. Some leading journalists criticized The Herald for using what they considered unethical tactics to get the story, and then rushing it into print Sunday before it was adequately checked out. . ."

Description:Celia W. Dugger debates the ethics of the press examining the life of a public figure. 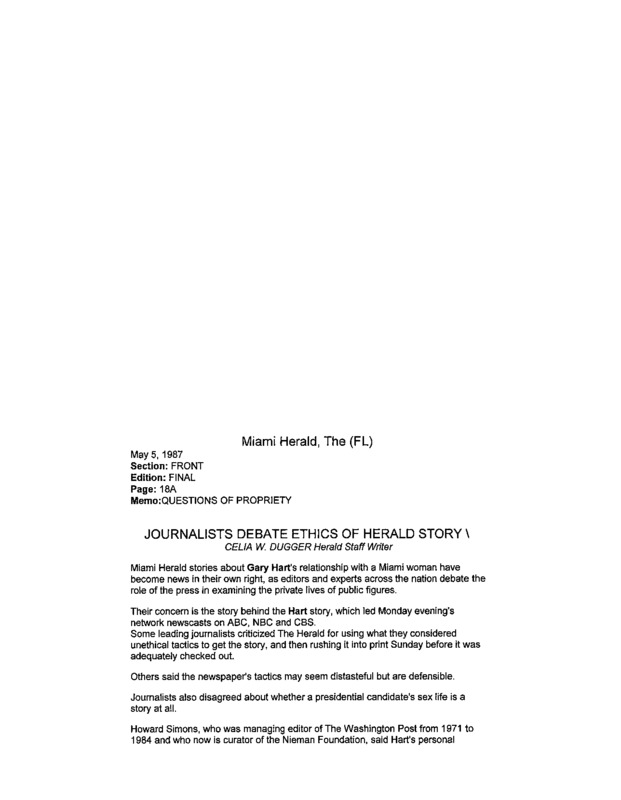