"The unfavorable rating Gary Hart recieved in nationwide polls has doubled, ranging from 26 percent to 40 percent, two polls showed Thursday. . . More than half of the respondents, 56 percent. said The Miami Herald- the newspaper that broke the story - was not fair to Hart, and half the voters did not think wuestions about candidate's sex lives are appropriate. . ."

Description:Gary Hart's ratings are going down since Miami Herald published articles about his affair. 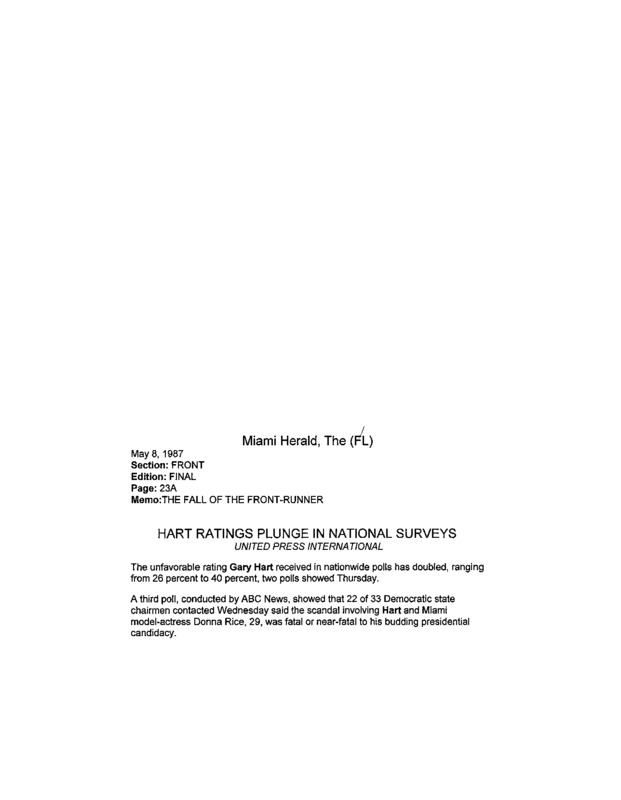