Description:As a result of the Chicago Tribune's Task Force expose of nursing homes, two aides were arrested because of their treatment of patients. 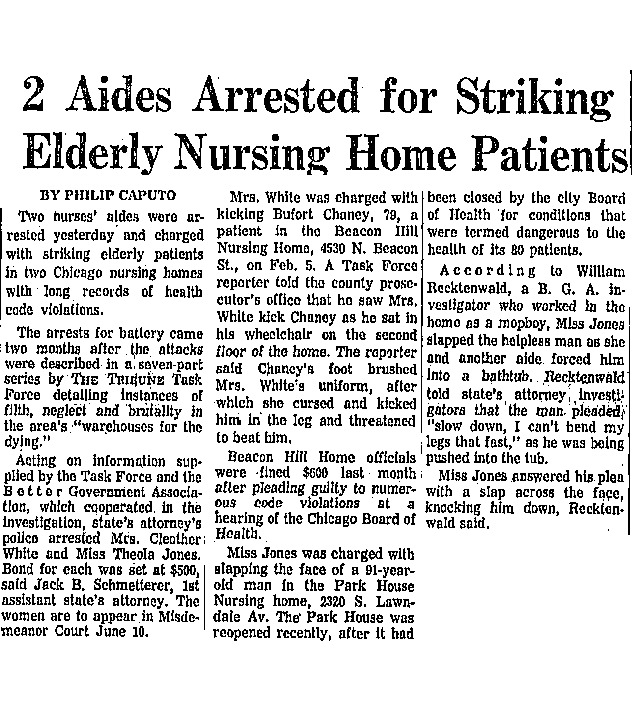