Report: Undercover Along the Food Chain

Description:Datelined Fresno, California, an AP dispatch reports that federal regulators shut down the Central California slaughterhouse of the Central Valley Meat Co., owned by Brian and Lawrence Coelho, after receiving undercover video from an animal welfare group called Compassion Over Killing. Its undercover investigator made the video while employed by the firm for a two-week period in June 2012, for which he produced pay stubs. The USDA moved immediately to shut down the plant while it investigated further. Compassion Over Killing did not partner with a news organization but sent in its own reporter. 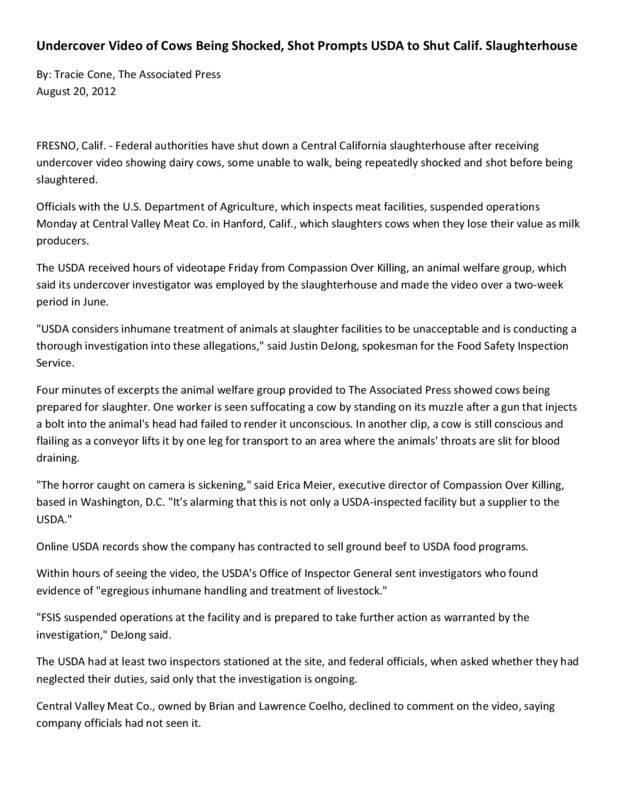