Description:While undercover, Paul Wood witnesses an airstrike in Aleppo, Syria's biggest city, that is facing serious problems within the area controlled by rebels. 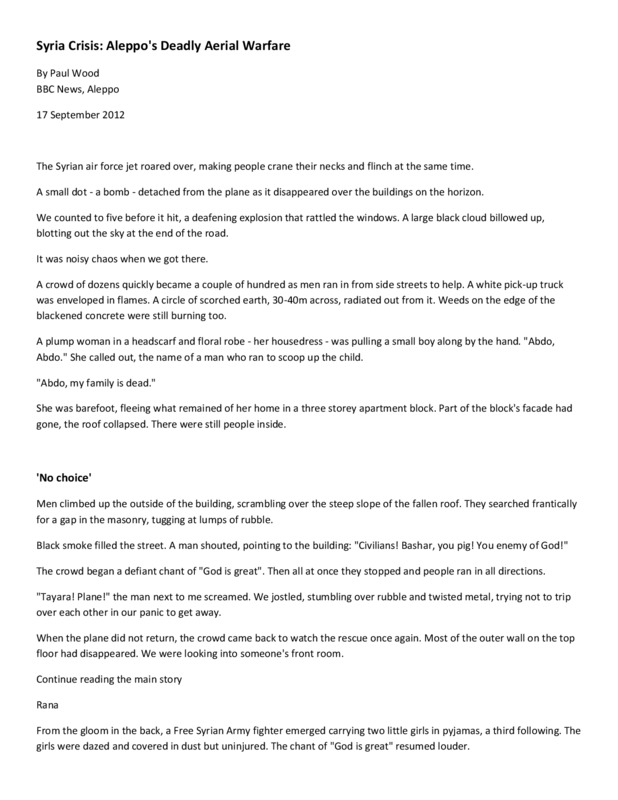