Description:In the second "Abortion Profiteers" article, the Sun-Times writes about the owners of Chicago's busiest abortion clinics and their illegal and unethical practices witnessed by Times reporters and members of the Better Government Association. 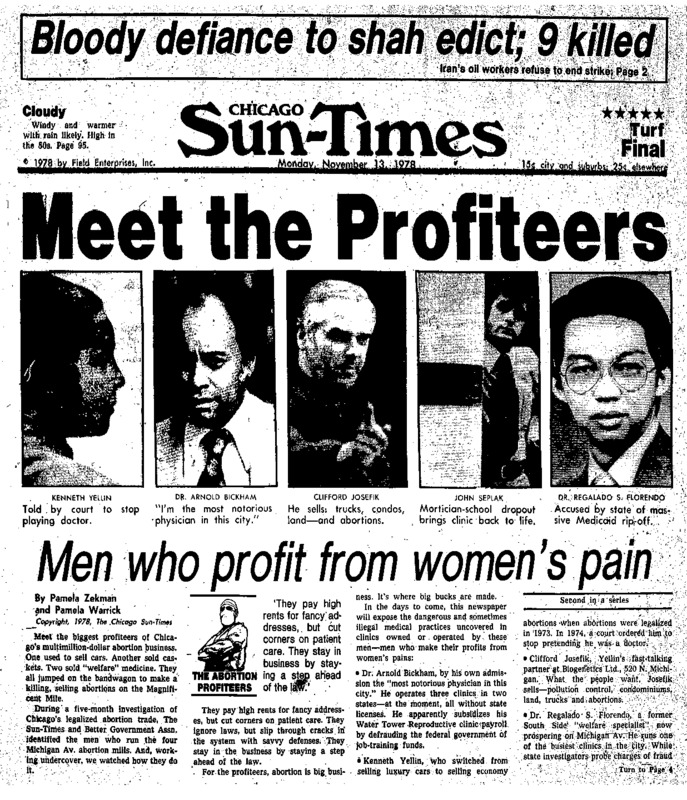