Description:The ninth article in the Sun-Times' "Abortion Profiteers" series reports on a Detroit abortion clinic that gives abortions to women who are over 12 weeks pregnant. 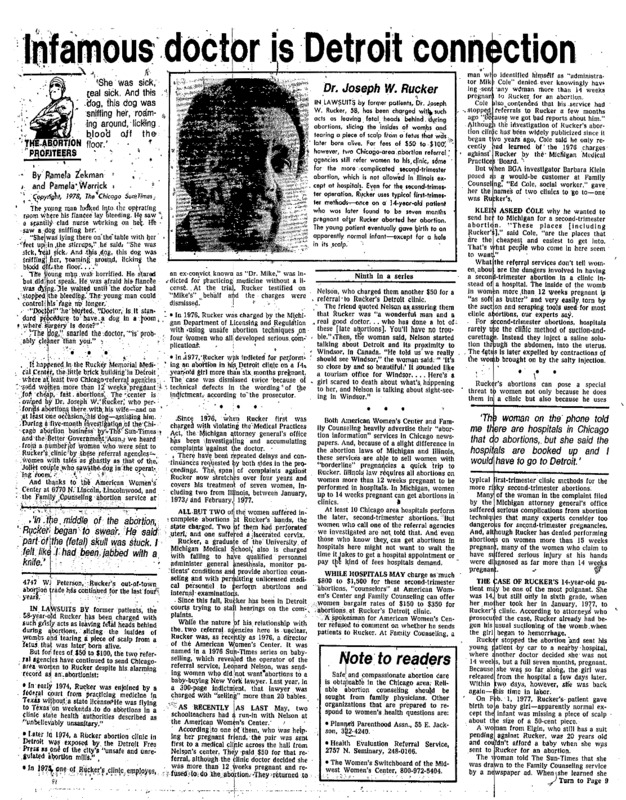