Description:In the fourteenth installment of the "Abortion Profiteers" series, the Sun-Times takes a macro look at abortion by profiling both abortion rights and anti-abortion movements around Capitol Hill and Washington D.C. 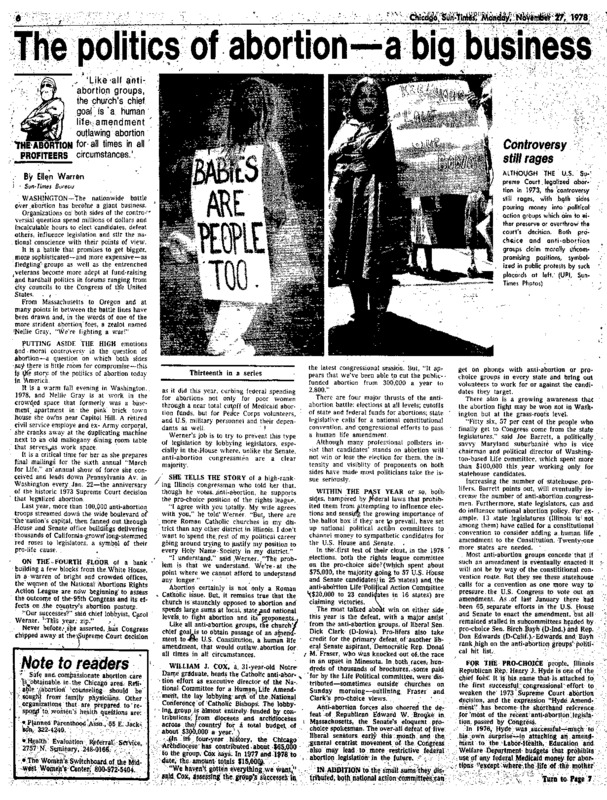