Description:In another follow-up article at the irregularities in the certification of Republican poll judges, who must have Republic voting records, the Tribune Task Force reveals paperwork that proves that many of the so-called "Republican" judges have markedly democratic voting records. 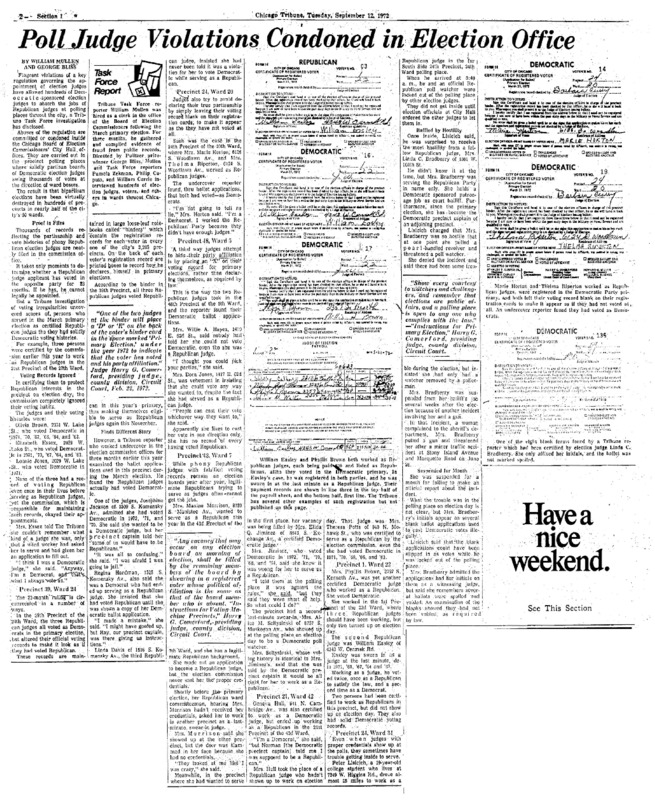