Description:The Tribune reports that at least 35 people were arrested by federal agents after they were indicted by a federal grand jury for vote fraud during the March primary elections in Chicago. 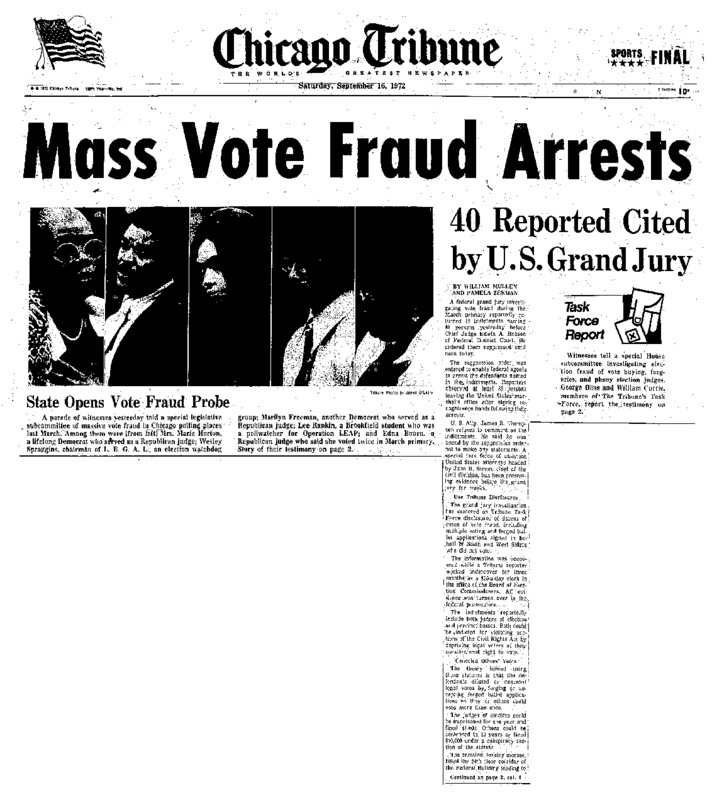