Description:The Tribune reports on hearings held by an Illinois House subcommittee charged with investigating the vote fraud in Chicago's March primary election. William Currie, the reporter who worked undercover as a clerk for the chairman of the Board of Election Commissioners also gives a brief account of the testimony of a Democrat serving as a Republican poll judge. 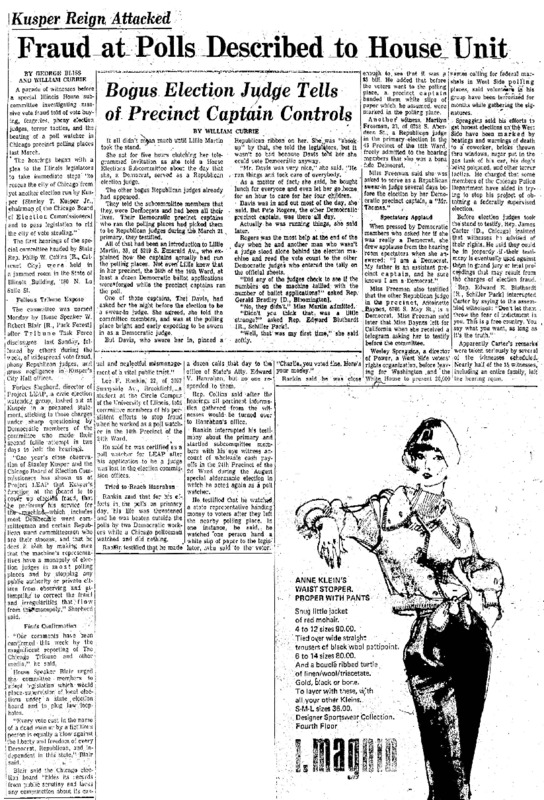