Description:Marie van Vorst at work in a Lynn, Massachusetts shoe factory under the name of Belle Ballard for "The Woman That Toils," a series for Everybody's Magazine produced by Marie and her sister-in-law, Bessie (Mrs. John) van Vorst. The series was presented as an act of class transvestitism and Marie described as the daughter of the late Judge van Vorst, a chancellor of the State of New York, president of the Century Club and founder of the Holland Society. 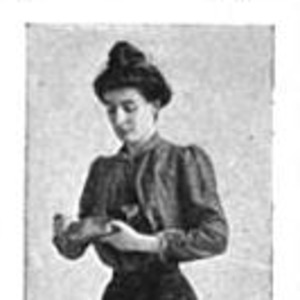