". . .To test the supposedly more stringent security imposed at the nation's airports after the Sept. 11 attacks, Daily News reporters boarded flights over the Labor Day weekend carrying contraband - including box cutters, razor knives and pepper spray. Not a single airport security checkpoint spotted or confiscated any of the dangerous items, all of which have been banned from airports and planes by federal authorities. The four airports where the Sept. 11 terrorists boarded planes - Newark International, Boston's Logan Airport, Washington's Dulles International and Portland International Jetport in Maine - were all breached during The News' undercover investigation. . ."

Description:Reporters of the Daily News set out undercover to test airport security after September 11, to see if they had become more strict. 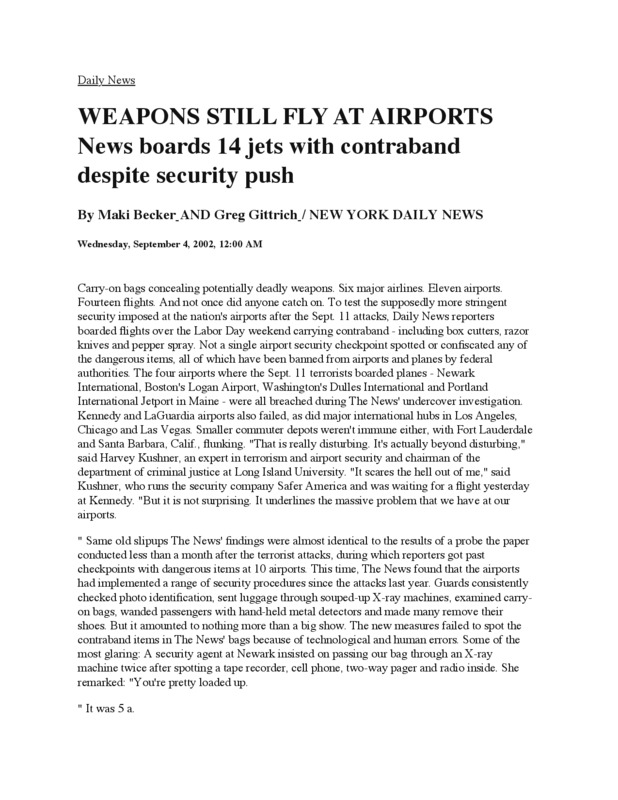