Agencies operate by their own rules

"They are self-proclaimed enforcers of a credit economy, and they play by their own rules. No city of state agency controls them. No rules have been made to govern them. As a result, the tactics of many of Chicago's collection agencies and the people who run them are to frighten, threaten, or cajole money out of anyone they have arbitrarily labeled 'dead-beat' . . ." 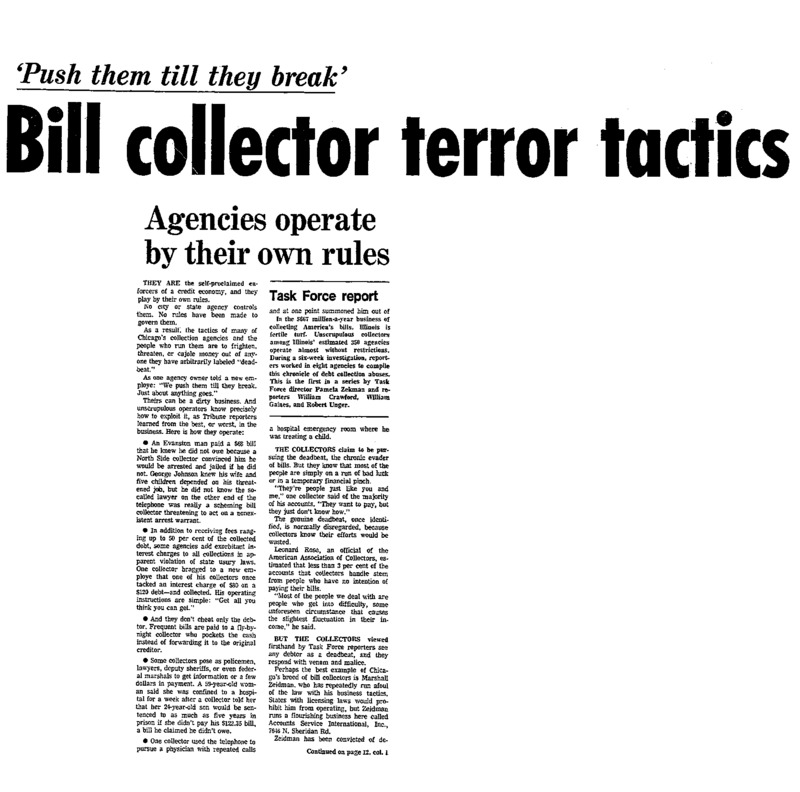