Description:The Washington Post obtained photographs of Hart with his mistress that lead him to ending his campaign. 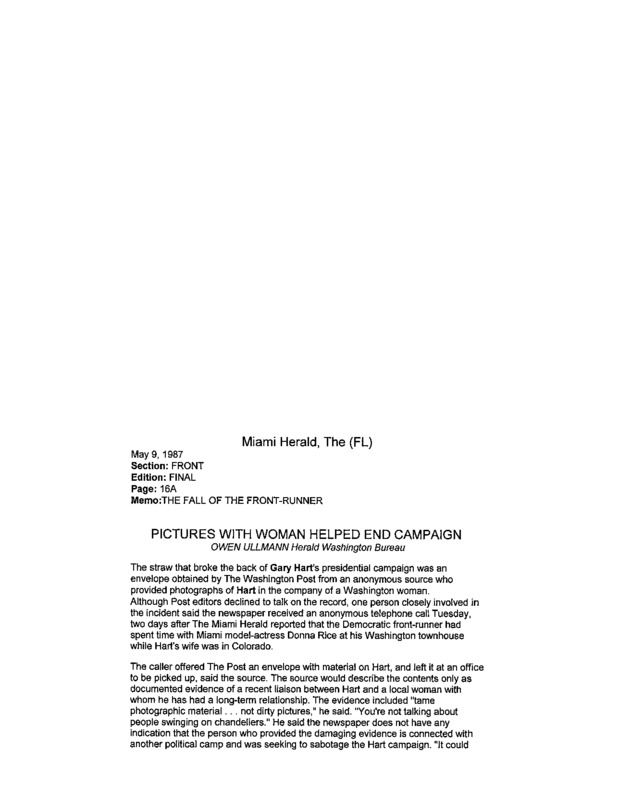