". . .ABC News released a poll Tuesday indicating that Hart's big lead over other Democratic presidential candidates had fallen 10 points after the allegations. . ."

Description:Gary Hart's public affair has changed the view of some of his supporters. 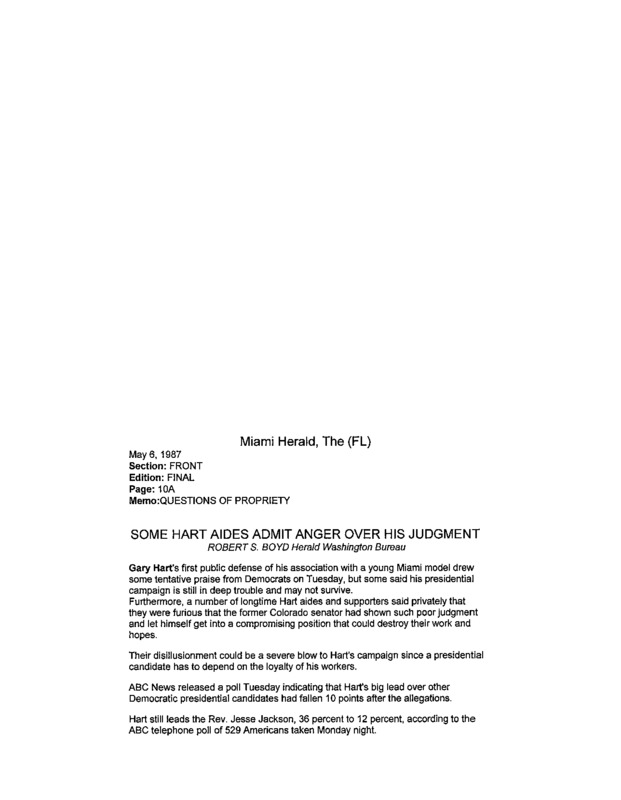