Description:Written in the first person, Task Force reporter William Mullen describes how he infiltrated the office of Stanley Kusper, the commissioner of the Board of Election, and uncovered evidence of large scale election fraud. 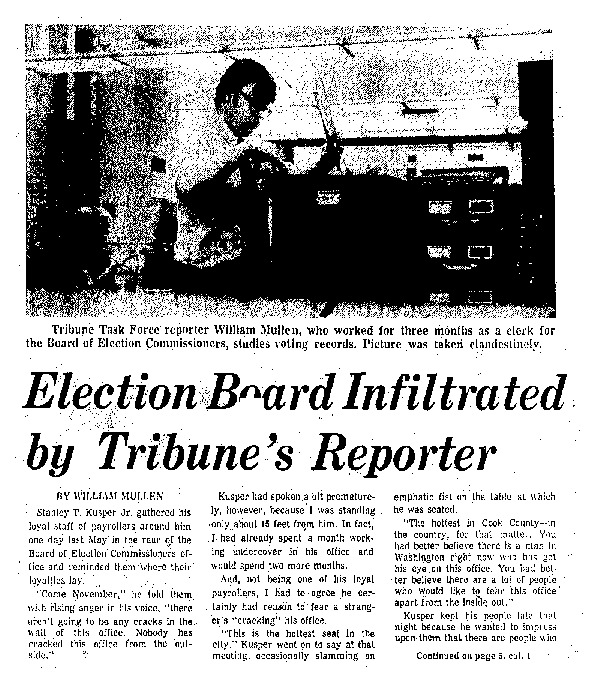