Description:The Tribune reports on the reaction of U.S. Attorney Thompson, who announced that his office will investigated all instances of fraud as revealed by The Chicago Tribune Task Force's investigation. 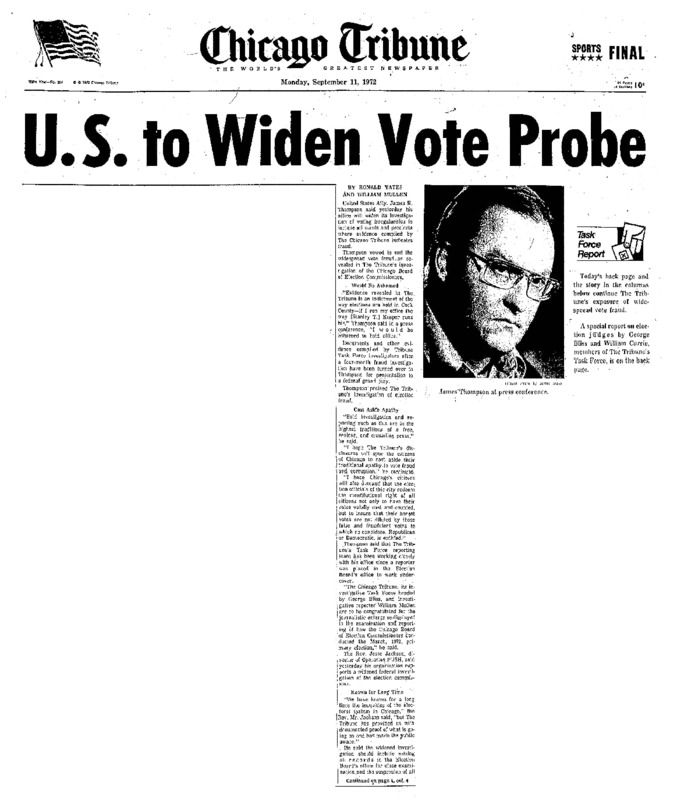