Description:This first article in "The Abortion Profiteers" series, outlines the scope and method of the investigation into four Chicago-based abortion clinics by the Sun-Times and the Better Government Association. 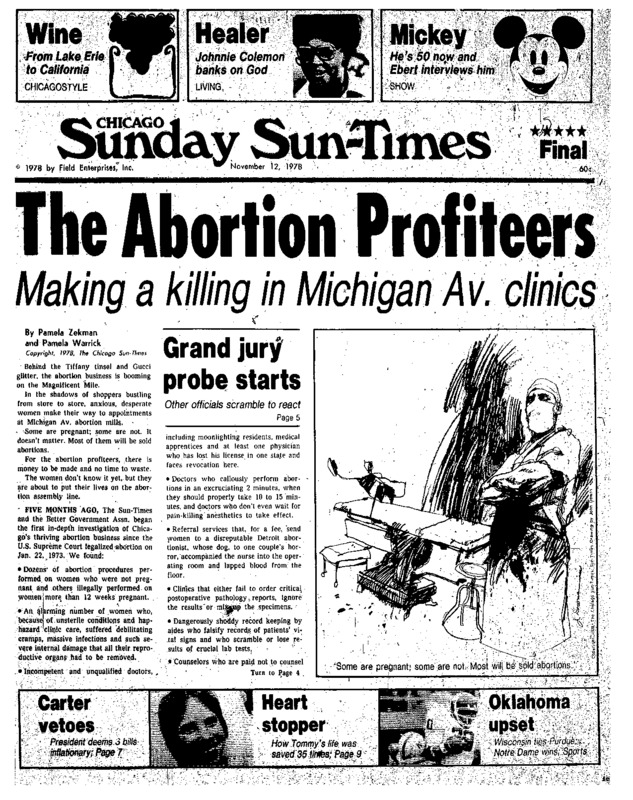